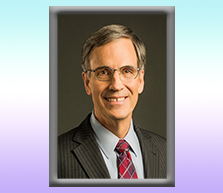 I represented Maine’s first Congressional District in the U.S. House from 1997 to 2009. In May 2002 I introduced the first stand-alone bill authorizing federal support for comparative effectiveness research (CER). H.R. 4832, the “Prescription Drug Comparative Effectiveness Act of 2002,” was inspired by a provision that Governor Kitzhaber (D) of Oregon had inserted into that state’s Medicaid program. I had also learned that Australia and New Zealand had established procedures to evaluate the relative effectiveness of prescription drugs used to treat the same illness or condition. Rising prescription drug prices were leaving many Medicare beneficiaries unable to afford their medications and steadily increasing the political urgency to create coverage under Medicare.

In the next Congress, my bill became the basis of a provision (sec. 1013) in the Medicare Modernization Act of 2003 (MMA), which established Part D coverage for prescription drugs. Sec. 1013 increased funding for the Agency for Health Care Research and Quality (AHRQ) by $50 million above baseline in order to conduct “systematic reviews of existing evidence” on the clinical comparative effectiveness of drugs and “other treatments.”

That first step benefitted from a broad but quiet coalition of purchasers of health services, including industry and insurance interests, as well as labor unions and consumer groups. Sec. 1013 aroused no significant lobbying opposition in part because it was slipped into the MMA with no votes in either the House or Senate nor in the conference committee. The handiwork almost certainly of Senate Majority Leader Bill Frist!

Since its creation, PCORI has funded more than $2 billion in research and related projects. PCORI was not a topic during this year’s failed Republican effort to repeal Obamacare, but it is likely to be a focus, even perhaps a target, next year. The ACA provides that PCORI will receive no new funding after 2019 unless Congress authorizes the PCOR Trust in 2019 to make additional funds available for the following years. To avoid a break in federal CER funding through PCORI, Congress must act next year. Whether it can do so productively is, at least today, anyone’s guess.

Today, the environment for progress on evidence-based medicine (EBM) is a mix of obstacles and opportunities. As Susan Dentzer observed in the initial commentary of this series, “when it comes to health policy at the highest levels of the U.S. government, evidence has ‘left the building.’” After seven years of making “repeal and replace Obamacare” the center of their political message, congressional Republicans had no coherent option for “replace.” Moreover, they lost control of the House in large part because they tried to “repeal” Obamacare.

Chronic inattention to evidence, I believe, is a serious problem for Republicans ideologically hostile to government action. But weak congressional policy-making capability is an institutional problem that affects both parties and most of our most pressing public policy issues. In a recent Roll Call article, Rachel Oswald describes how Congress has weakened its own institutional capacity for effective policy-making.

Oswald argues that lawmakers’ lack of productivity and Congress’ loss of intellectual institutional capacity stem from a number of factors: 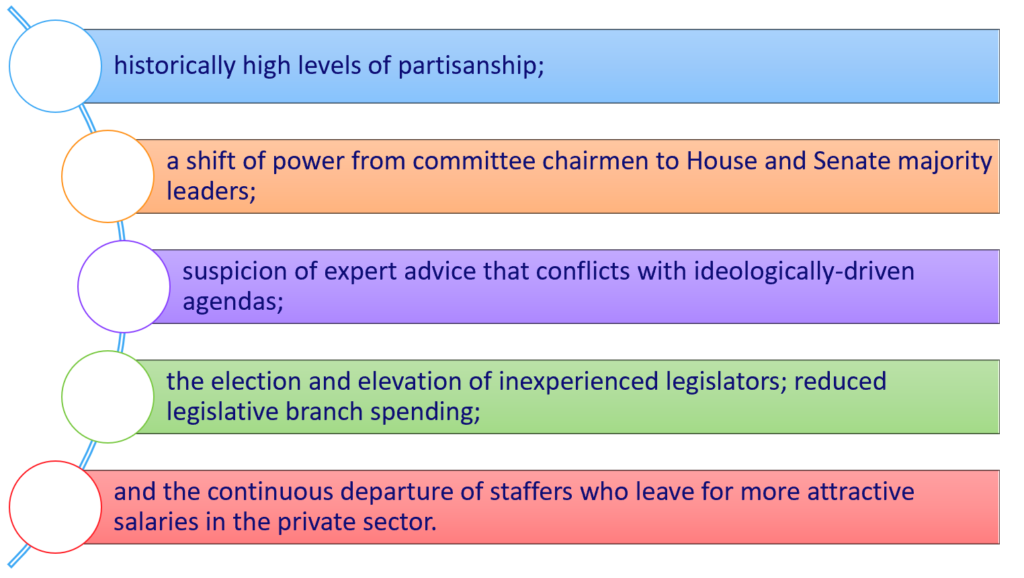 Congress has fewer staff today and lower levels of expertise in those who remain than it did in 1995 when Newt Gingrich became Speaker. Congressional funding and staff salaries are increasingly insufficient to attract and retain staff with the expertise needed to develop sound policy—in health care and other issue areas. Weakened institutional policy expertise could be somewhat offset by strong executive branch expertise, but that is missing in the current administration.

Lack of federal government policy expertise is an obstacle to innovative EBM policy. On the other hand, sustaining existing health care programs will be somewhat easier with a Democratic House come January. AHRQ and PCORI funding for evidence-based initiatives are the primary sources of federal support for improving and expanding our capacity for discovering and adopting better practices for providing quality health care for all Americans.

PCORI is most at risk because, as noted above, it can only make awards of new EBM funds after 2019 if PCORI is re-authorized by Congress next year. Positive congressional action is required, not just continuation of funding. Health care issues will have a high profile in the next Congress, partly because of the recent decision by a federal district court judge in Texas holding the ACA unconstitutional.  Prescription drug prices and multiple ACA issues will likely lead to health care legislation in the House—to which a reauthorization of PCORI could be attached. That may be an opportunity for action.

AHRQ has a longer history of funding EBM projects and research. Its Evidence-based Practice Centers (EPCs) receive federal funding for research and projects that promise to improve the quality and effectiveness of health care. In the last two years Congress proved relatively resistant to the severe budget cuts sought by the Trump administration; substantial domestic budget cuts will be more difficult to pass in a Democratic House. Funding levels for AHRQ may be easier to maintain than for PCORI.

The Future of Health Care Quality

As a matter of public policy, the health care trifecta will continue to be access, cost, and quality. For the funders of health care in America – public, private, and non-profit – cost-effectiveness and quality will continue to be high priorities. For everyone, quality matters. There will always be trade-offs between access, cost, and quality. But those can be minimized if we make the most effective use of the resources we can bring to bear. The rapidly growing body of evidence concerning the most effective drugs, devices, procedures, even health care organizations and systems—generated by evidence-based research—is and will continue to be invaluable to policy makers and practitioners who must make those trade-offs. Therefore, opportunities abound.

The scope of EBM interests is highlighted by the July and November Commentaries in this series.

One thing seems clear. Those who are now engaged in efforts to strengthen evidence-based medicine should not be caught on the sidelines of the public policy and funding debates. The coming years offer great hope for rapid growth in EBM activity with exciting prospects for the quality of health care. Let’s not miss any chances to raise our voices in support of better independent evidence to improve the health of all Americans.

Thomas H. Allen is a former U.S. Congressman from Maine. During his 12 years in the House (1997-2009), he served on the Energy and Commerce Committee and on the Armed Services Committee.  He was particularly active in health care issues, including prescription drug coverage for Medicare beneficiaries, as well as fisheries and climate change issues.  He co-founded the House Oceans Caucus to promote a coordinated global oceans policy.

Before his election to the House in 1996, Mr. Allen practiced law in Portland for 19 years.  He served on the Portland City Council, including one term as mayor.  After leaving Congress he was, from 2009 to 2017, the President and CEO of the Association of American Publishers (AAP), the national trade association of the U.S. book publishing industry. Mr. Allen has degrees from Bowdoin College, Oxford University (as a Rhodes Scholar) and Harvard Law School.  He is retired and lives in Portland with his wife Diana.

1 thought on “EBM and Public Policy: Obstacles and Opportunities in Congress”