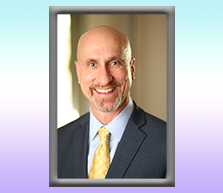 There are not many things that you can neatly look back on for 15 years and contemplate what to change. This past December at our annual holiday party, I opened comments with: “It has been an amazing 15 years; there is not a day that I would give back…” When reflecting on this comment and thinking about one of the advancements that has happened while we were building Doctor Evidence (DRE) – like the CRISPR technology – I mused that there are actually parts of days that I would like to change.

To put this in context, as a co-founder and CEO of DRE I decided to spend these past 15 years of my life pursuing our mission in order to capture and leverage the knowledge of what drives patient disease and health ailments. Specifically, to capture the learning capital that one gathers when sick, and then use that as a starting point for other patients likewise afflicted; in other words, deep knowledge sharing of care options and outcomes for people in similar situations. This theme can also be precisely applied to drug developers, health authorities (approving and monitoring drug safety), and academics analyzing data on medical interventions.

We at Doctor Evidence have tried to do this by creating integrated data and best methods practices into a unified software platform. We have largely accomplished that task with great satisfaction and benefit to our patrons. In doing so, we have also been part of the struggle to tackle one of healthcare’s biggest challenges: making data digital in a way that can truly enhance and personalize patient health.

Scientific innovations and treatment solutions are being developed at an incredible pace. In contrast, the healthcare information technology market is lagging substantially, with data being held in silos due to proprietary systems (e.g., electronic medical record systems, private registries, claims databases, and other real-world data sources). And now more than ever, we live in a world of connected data, with the ability to perform advanced analytics and data integration with the overall knowledge management system of healthcare. We could peer-review data light speeds faster than current methods, connect individualized data to care options in real-time (including outcome data), transfer data from drug developers to regulators making approval decisions, and collect and match treatment outcome data to patient preferences for care decisions.

On average, 10 years of deep domain knowledge exists for each new drug, multiplied by the hundreds of researchers and developers that have worked on the invention. That blows away Malcolm Gladwells’ 10,000 hours concept. Imagine that we are leaving hundreds of thousands, if not millions of hours of knowledge on the cutting room floor. Arguably, the most valuable thing in healthcare, or any market for that matter, is the learning capital that a professional has in their field. Principally because we are so obsessed with conflict avoidance, we are not connecting critical parts of data in the healthcare ecosystem that could otherwise radically improve the lives of patients. What we really need to focus on in healthcare instead of conflict avoidance, is radical transparency around healthcare knowledge, interests and data.

What we need is to create a central database of global health data, with regionalized slices of the data fingertip-accessible. Then, we need to shine a bright light on it such that everyone can comment and focus on enhancing the data. This would of course disrupt the proprietary data sales market, but overall it would expand even that economy by providing a single source of truth around which others can provide services. Imagine a central database where all data is stored, normalized, and used for healthcare decision-making. In an information age, we need to break down walls between proprietary information and create one central source of data. And we have tools to comfort the naysayers, like blockchain. The entire notion of blockchain, itself a fascinating construct to embrace mistrust and deceit originally formed around monetary systems, says we can verify and replicate at any point in the chain, anytime, any scenario; therefore, you can trust it and privacy can be protected based on continuous replication of the chain. But blockchain is only a container; we first need to gather the data for the container and include foundational trusted institutions, like the one principally backed by the Bill and Melinda Gates Foundation: The Institute for Health Metrics and Evaluation (IHME). The IHME maintains the Global Burden of Disease (GBD) database (in its 20th year) for the World Health Organization (WHO) on all 195 countries in the world. In its 12th year, the IHME is a great beginning platform for adding additional data sources to create a one-stop trusted source of truth in health data.

Now, given that I did not have a CRISPR-like technology to change some of the last 15 years in healthcare, here are the top 5 things that I would have used it on if I did: 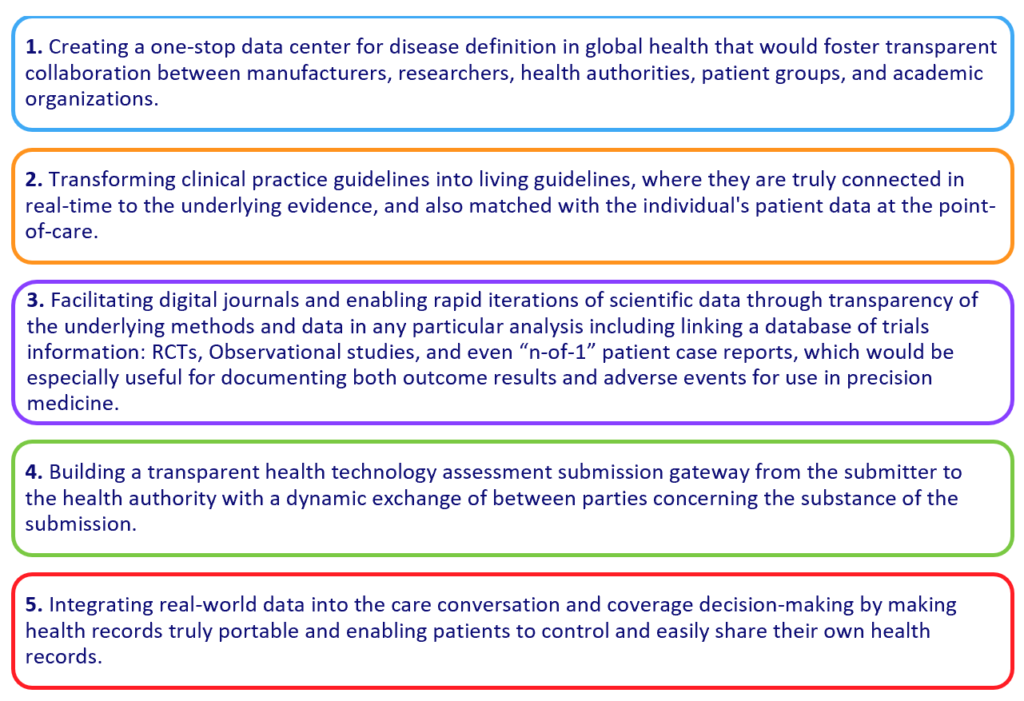 If we could accomplish these top 5 CRISPR initiatives, it would fix many problems in the healthcare ecosystem. Centralizing data would create a single source of truth in disease definition that everyone can focus on making better, which in turn would allow for the beginning of matching data to patient profiles and appropriate application of treatments and benefits. Ultimately, having trusted data would allow for true pay-for-performance initiatives and outcomes that matter for patients’ health.

You might say where are patients and doctors in todays’ healthcare? Unfortunately, as Shakespeare said in the Tragedy of Macbeth, they are “…but a walking shadow, a poor player that struts and frets his {their} hour upon the stage and then is heard no more.” Because we don’t have a single data repository in healthcare, every manufacturer, and independently every health authority, is then relegated to put together their own epidemiological story and is generally seen as being biased in their numbers; economists refer to this as a “social dilemma” in markets. This hurts everybody who is trying to understand what to do in healthcare: patients, drug developers, plans, and governments trying to figure out accurate disease conditions, specialty societies, provider systems, patient outcomes advocacy groups, and anyone trying to determine unmet needs of patients and doctors.

The art and skill of using the CRISPR technology is knowing where to CRISP and where not to CRISP. If you apply CRISPR in the wrong area, you can send an entire system to its demise and destruction. In the case of “fixing the market,” we should do some CRISPR work in the following areas:

For this CRISPR work, I would focus on fixing the critical parts of the above issues, and in doing so, the whole would be affected by using the same pathway principles that immuno-oncology uses: a critical targeted agent to activate the rest of the ecosystem for correction. By focusing on a targeted set of critical parts of the big issues in healthcare, we can rebalance the equation back to patients and make significant change that will improve the lives of everyone.

As in all endeavors of historical advances in society, knowledge remains the great basis of change. Today more than ever, the “digital age” has given us the ability to leverage and transmit learning capital across an entire society, regardless of social and economic class. We owe it to our loved ones and future generations to share our data and knowledge. If we don’t do this right, future anthropologists will not be studying rock follicles to determine how advanced our culture and tools were, but rather they will be studying digital follicles to see how much we shared and helped each other. Wouldn’t it be nice to live in a world where you would not feel like you were the first person ever to get cancer and struggle to figure out what to do? Wouldn’t it be nice?

Since his early 20s, Bob Battista has been a leader in the educational and healthcare industries, blending media and technology to offer transformative solutions to each market. Mr. Battista co-founded Doctor Evidence in 2004, building upon a history of entrepreneurship. As co-founder of Doctor Evidence, he has identified and conceived the company’s technology and product offerings and built its cross-ecosystem clientele. Mr. Battista pioneered the launch of GROWTH — Guideline & Research Organizations Worldwide for Transparency & Harmonization.

Prior to co-founding Doctor Evidence, Mr. Battista served as partner in charge of technology development and partnerships as Executive Vice President of TheraCom, a leading biotech pharmacy specializing in drug distribution and reimbursement services, where he launched and integrated the company’s technology functions. TheraCom was founded out of service to the Cystic Fibrosis Foundation and through advocacy, education and alignment programs, and helped increase the delivery of covered therapies to CF patients, taking the uninsured and underinsured rate from over 50% to below 2% for these therapies.

In the area of education, Mr. Battista functioned in executive leadership roles in several leading K12 and higher education curriculum and teacher training companies. He earned his Master’s of Business Administration from Northwestern University’s Kellogg Graduate School of Management and his Bachelor’s from National‑Louis University, Chicago.  Mr. Battista has also been honored with the awarding of two honorary fellowships in recognition of his innovative work in healthcare. The Royal College of Physicians of Edinburgh and the Royal Society for Public Health have conferred these honors on Mr. Battista in recognition of his substantive contributions to the medical community and career commitment to the improvement of healthcare.These honors recognize the important contributions Mr. Battista has made to the healthcare research community through the development of Doctor Evidence, its GROWTH initiatives, and partnerships with organizations like the Institute for Health Metrics and Evaluation (IHME).