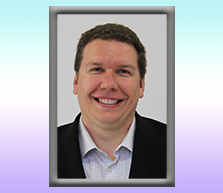 What's the point of developing the best guideline if nobody knows about it?

The lack of awareness means that the adoption and adaptation cannot effectively take place In a timely manner.1  Many guideline developers and organizations know that dissemination of the guideline, including the use of derivative products (e.g., educational courses, patient brochures, summaries, podcasts, and video clips) should be as important as the development processes and should be planned throughout the development of the guideline.

The American Academy of Neurology’s (AAN) guideline development and dissemination programs have been strong and incorporated a mix of traditional dissemination methods (e.g., website posting, publication in a journal, e-mail blasts to members) and novel methods (e.g., use of social media platforms including Facebook ads, Tweets, and YouTube videos). The number of dissemination tactics largely depended on the topic and whether it was a focused topic (e.g., neurocysticercosis) or a broad topic (e.g., multiple sclerosis). Tactics included, but were not limited to, 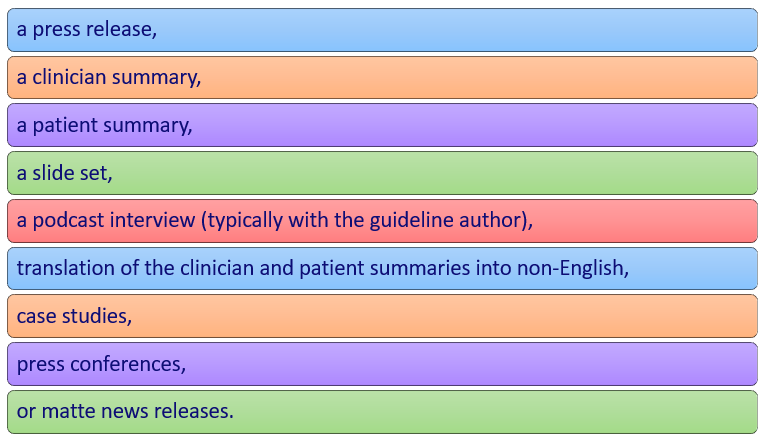 When we applied for the AHRQ-R18 grant in 2013-2014, we sought to determine which method, traditional or novel, was the most effective for raising awareness of a recently published guideline on the use of medical marijuana for individuals with multiple sclerosis (MS). The target audiences for which this research on awareness building applied were the medical community and the patients, family members, and caregivers for these patients with MS. The AAN had developed channels (profiles) for each of the brands and had promoted new guidelines with Facebook posts and tweets from each brand and channel and we would see likes, comments, and shares. But we had not studied the impact of that outreach extensively. Our research quantified a multi-pronged dissemination strategy to licensed healthcare providers and patients through the use of traditional methods.2 Our core group of investigators developed a survey that was disseminated to physicians and patients before the publication of the guideline and to physicians and patients after the publication of the guideline. We were able to access a large pool of physicians through the AAN membership database and a large population of patients by contacting individuals who subscribed to Brain & Life, formerly NeurologyNow.

After analyzing the pre-publication and post-publication surveys we did not detect a difference in effectiveness when comparing the traditional methods to the novel methods (e.g., social media). We did find that use of social media had the potential to reach larger numbers of the public. 2 At the time of completing the grant proposal, the novel method of dissemination was the use of social media. Since the time of preparing our research, additional “novel” dissemination strategies have been developed (e.g., Instagram, AltMetrics, and many others) and some platforms are going away (e.g., Google+).

When we concluded the research and published the article,2 we stated that further subgroup analyses could be conducted to inform further research efforts. However, I’m no longer employed by the American Academy of Neurology where I conducted the research and cannot comment on their current methods employed to disseminate guidelines nor their future plans. Although I would encourage readers who are involved with dissemination and related research to share their experiences, results, and future plans. I do hope that in the future I have the time and the capacity to turn an eye back to dissemination research and further study novel methods and approaches to promoting the high quality work performed by our guideline developers and volunteers where I am now employed, the American Heart Association and American College of Cardiology.

Thomas Getchius is employed at the American Heart Association and the American College of Cardiology as the Director of Guideline Operations and Strategy. He has been involved in guideline development, dissemination, and implementation and has previously worked for the American Academy of Neurology and the Heart Rhythm Society. He maintained the clinical documents and guidelines portfolio, has worked with staff and volunteers to develop guideline derivatives, and collaborated with international partners to disseminate guidelines in the global market. He has worked strategically with many partner and collaborator organizations to develop documents in alignment with the mission and vision of the organizations. Tom has developed and executed innovative practices for committee voting, increasing efficiency and effectiveness of volunteers, and has been involved in planning new strategic marketing initiatives.

In addition, Tom has received several grants and has published extensively on a number of guideline topics such as methods for attaining consensus, guideline dissemination research, and has facilitated workshops on guideline collaboration. He has held several prestigious volunteer positions as well, including Chair of Guidelines International Network North American Community, and Chair, Council of Medical Specialty Societies Clinical Practice Guideline Component Group. He is currently the Chair of the Guidelines International Network Guideline Collaboration Work Group.