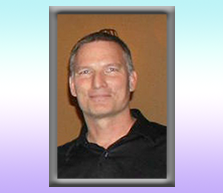 The Guideline Program of the American Society of Clinical Oncology (ASCO) has undergone many changes since the Institute of Medicine’s (IOM’s) report on trustworthy guidelines (1) and their accompanying report on standards for Systematic Reviews (2) were both released in 2011. In guideline development, there is always a balance between the time it takes to produce a well-developed and methodologically sound guideline versus the available resources to perform this effort and the general urgency to produce/update guidelines in a timely fashion to maintain relevance. Each guideline development group must make their own choices about the acceptable tradeoffs within the context of this balance. However, the test of a trustworthy guideline is how accurately the recommendations reflect the true estimate of effect for a given clinical situation; including the benefits, harms, or other important outcomes. There are a variety of factors that can influence how that estimate of effect is derived, as outlined in the IOM report, but they include limiting potential bias by doing such things as encouraging systematic review based methods, managing potential conflicts of interest, limiting industry involvement, and being explicit and transparent in guideline development and reporting. The IOM standards offer a framework for guideline developers to achieve the goal of producing trustworthy guidelines.

Despite the commitment to producing systematic review based guidelines, managing conflicts, limiting industry involvement, etc., the continuing challenge of guideline development at ASCO is to strive to meet or exceed the standards outlined in the IOM report while working with practical issues such as available resources, the demand for more guidelines to increase coverage, and having to update an ever growing number of guidelines. To do this, guideline development at ASCO had to evolve and arguably, it evolved for the better. Several process and development changes were introduced to the Guidelines Program to further limit potential biases in guideline development and to increase compliance with IOM Standards. These changes have resulted in greater quality in ASCO guideline products and have also resulted in increased productivity overall. As seen in Figure 1, the number of ASCO guideline products published yearly in the Journal of Clinical Oncology (JCO) has been steadily growing. Guideline summaries are also now published in the Journal of Oncology Practice.

Guidelines Advisory Groups
Guideline Advisory Groups of content experts were assembled to advise ASCO’s Clinical Practice Guidelines Committee (CPGC) on the highest priority topics to consider for guideline development and updating. There are currently seven Guideline Advisory Groups with coverage in breast, gastrointestinal, genitourinary, and thoracic cancers and also for topics within survivorship, supportive care, and resource stratification. Each year they review a list of nominated topics as well as the portfolio of completed guidelines in their topic area for potential updating and provide their prioritization recommendations to the CPGC. This represents a more transparent and systematic approach over the previous ad hoc method and allows for greater planning for guideline development into the coming year.

Topic selection
All ASCO members can now submit guideline topics for prioritization by the Guideline Advisory Groups and subsequent consideration of guideline development by the CPGC. This approach takes advantage of the considerable expertise of the ASCO membership with a coordinated mechanism allowing for meaningful input into guideline selection and the development process. Topic nomination acts as a gauge to measure what the ASCO membership believes are the most pressing or perplexing clinical issues that could benefit from a guideline

Updating Strategy
As updating is an important consideration in guideline development and in the IOM report, ASCO has devised an updating strategy to balance guideline updating with continuing to produce de novo guidelines. As part of the strategy, ASCO Staff to work with Expert Panel members to define signals for updating individual guidelines, along with conducting update literature reviews to determine the need for updating. Once the search for signals is conducted, there are three updating options:

The Guidelines Advisory Groups prioritize the next topics for updating and submit for CPGC consideration. This effort is balanced with new guideline development, however having an update strategy that aligns with the IOM standards and the National Guidelines Clearinghouse requirements keeps more ASCO products updated and is a more efficient method than an ad hoc method.

Guideline Collaboration
The IOM Standards have provided a reference for guideline development groups to work collaboratively. In order to work together, guideline groups should follow the development methods of the organization which are most stringent and align most with the IOM standards. Since the release of the IOM standards ASCO has branched out to partner with other organizations to develop joint guidelines using several models:

Under each model, if the participating organizations approve the guideline, it is published as a joint effort. ASCO has also collaborated with other organizations in the endorsement or adaptation of their guidelines. The intent of collaboration has been to reduce duplication of effort, maximize resources, harmonize guideline recommendations across organizations, and increase productivity.

Targeted Systematic Reviews Informing Guideline Recommendations
One of the first changes in guideline development was not only to be explicit about the evidence that would be systematically searched, but also to only search for evidence that could reliably inform the recommendations. By restricting the evidence to higher quality data where possible, search parameters and output are limited and with less evidence requiring data extraction, efficiencies can be produced. At the same time, ASCO adopted a formal consensus methodology for use in cases where the evidence simply wasn’t robust enough upon which to base a recommendation. This lead to specifying the type of evidence informing each recommendation and further aligned the ASCO guidelines with the IOM Standards.

Actionable Recommendations
Using the GuideLines Into DEcision Support (GLIDES) methodology has had a twofold benefit for the ASCO guidelines. The first is that the actionable language enables easier translation into clinical decision support tools, but the other is that the resulting recommendations are more clear, concise, and actionable for the Target Users of the guideline which is a primary goal of developing guidelines. The method also offers the Expert Panels a structured approach for developing recommendations and it encourages all of the necessary information to be included to produce an actionable recommendation.

External Review
Again, with the framework of the IOM standards in place, ASCO has moved to conducting external review of its guidelines. Although there are many possible models for conducting external review, at ASCO, members are sent a confidential draft of a guideline after contacting the guidelines team and signing a non-disclosure agreement. Specific experts may also be approached by the Guidelines Staff as part of this process.  ASCO will monitor this approach over time and make any revisions to the process as necessary.

Conclusion
As can be seen, many changes have occurred at ASCO since the release of the IOM standards, all with the intent of refining and improving the guideline development process, being transparent, explicit and systematic, and working with other organizations that also strive to meet the tenants of the IOM Standards. This is all in an effort to continue to produce trustworthy guidelines, make efficient use of resources, as well as reduce duplication of effort and harmonize guidelines recommendations across groups. The IOM Standards can assist all guideline development groups to strive for constant quality improvement and develop guidelines that are trustworthy.