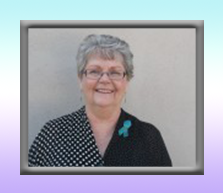 My entry into the world of medical research was due to a cancer health scare over eight years ago. The journey started with attempting to understand ovarian cancer and its lethal implications as a survivor. The steps led me to the world of research as an advocate at a time when, from the first scientific conference I attended, the recognition of the patient community’s voice and representation was starting to take hold. The following is to share my experiences and opinion as a survivor/consumer.

Participating in the FDA Patient Representative Program, serving on the NCI Ovarian Cancer Task Force, as well as on the Steering Committee of the Guidelines International Network/North America (G-I-N/NA) and the newly formed Evidence-Based Research Network (EBRNetwork), I have experienced how my involvement has been appreciated and valued. In addition, the Patient-Centered Outcomes Research Institute (PCORI) has taken a leadership role in ensuring the patient is the center of their mission and in their peer review panels.

I had the pleasure to participate on the Agency for Healthcare Research and Quality’s (AHRQ) Community Forum Panel on July 13, 2011 which was to provide input to the Agency in developing a program to train and support patients and consumers who will participate in comparative effectiveness research activities.

How has patient engagement evolved in recent years?

Since then, over the last few years, the awareness to include the patient’s involvement has certainly grown in its scope and intensity in terms of recognition. Recently, there is a glimmer of hope as witnessed by the Institute of Medicine (IOM) Clinical Practice Guidelines Report chartering standards for developing trustworthy clinical practice guidelines (CPGs), which outlined not only visibility but active full participation of the patient community.

The above clearly defines the participation of the patient community, not as window dressing or any possible oversight statement “that we all are consumers,” but an involved and committed stakeholder in the process. Also, the vital aspect of training as I, like a great number of survivors and others in the patient community, are not in a position to afford participation without financial support. Without the benefits of scholarships, stipends, etc provided by organizations, I would not have been able to pursue my commitment to become an informed and involved consumer participant for the patient community.

Has the IOM Clinical Guidelines Report made a difference with regards to consumer representation?

Unfortunately, the answer falls mainly on the no side. As mentioned there have been small steps but for certain, it is in the infancy stage. Change happens so slowly especially when dealing with such a vast difference from individuals who have worked hard to get all the alphabets after their names and deserve the recognition, to the vast majority of us human beings, who are in the position however to represent and speak for the most important stakeholder who has the most to benefit or lose!

The AHRQ’s National Guidelines Clearinghouse (NGC) inclusion criteria effective June 1, 2014 is based on the IOM’s 2011 definition of a clinical practice guideline; however that definition does not explicitly address any of the IOM standards that address the Guideline Development Group Composition (3.1 and 3.2) See more at http://www.guideline.gov/about/inclusion-criteria.aspx.

However, a two-phase exploratory project is currently underway to review and decide the extent to which all new and updated guidelines accepted under the 2013 (revised) criteria adhere to the IOM standards. This process includes the review of the guidelines against Standards 3.1 and 3.2 (Guideline Development Group Composition), among the many other standards, to determine if the guidelines adhere to those standards and, if so, to what extent. If AHRQ (NGC’s sponsor) decides to implement the processes of determining and posting the extent adherence of guidelines to the IOM standards, this will likely begin in the latter half of 2015.

Discussing this topic with a colleague, she asked will this require a carrot or stick to move forward. My response was both!

Preparing consumers to be trained, informed and involved participants in guideline development will take a collaborative effort of cooperation and communication including financial funding which is the hope and desire of the patient community. Yes, there are major challenges including who is the right person to represent the patient community…the patient or caregiver, who has a personal experience of the healthcare issue or an individual who represents a professional organization? Another challenge is how to recruit and train consumers from all ethnic and social-economic groups.

One organization, Consumers United for Evidence-Based Healthcare (CUE) is advancing the cause by several means. They have implemented a Consumer-Scientist Partnerships Clearinghouse to recruit patients/consumers from their membership organizations and provide online training for interested candidates. One recent excellent resource for consumers and researchers alike, is CUE’s online video “Consumer Involvement in Guideline Development:  Why & How to Participate” by Richard Rosenfeld, MD, MPH, Professor and Chairman, Department of Otolaryngology, SUNY Downstate Medical Center, NYC.

Should AHRQ’s NGC decision result in adhering to the standards including ensuring consumer involvement in guideline panels as a criterion for acceptance of guidelines for publication on the NGC site, it may be the impetus to move involvement of consumers in guideline development forward in a giant way! Stay tuned!