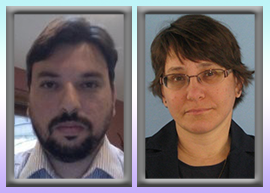 The World Health Organization’s (WHO) mandate to prevent and minimize the consequences of natural disasters, disease outbreaks, conflict, and other humanitarian crises demands the production of evidence-informed guidelines to support activities on disaster risk management, resilience building, and preparedness for public health emergencies.1

Evidence-informed guidelines are powerful tools to contextualize and translate scientific knowledge into concrete actions, either as public health policy or clinical management guidance, aiming to optimize health outcomes of individuals or populations. WHO has established rigorous guideline development procedures to ensure that each guideline meets the highest international standards for credibility, trustworthiness, and relevance to end-users. However, methodologic rigor often comes at the cost of longer development time and increased resource requirements, and usually relies on structured scientific evidence.  These characteristics post significant challenges when WHO standard guideline development procedures are applied to public health emergencies.

Guideline development methods to address end-users’ needs during public health emergencies are a relatively new area of knowledge. Organizations around the world, including WHO, still approach this problem with the same tools used for standard guidelines with ad hoc modifications to fit the constraints of each situation. Most acute health needs requiring technical guidance in public health emergencies can be anticipated and guidelines therefore planned and developed prior to a crisis event as part of risk governance, resilience, and preparedness activities. In this ideal scenario, end-users are able to quickly identify existing guidelines that were produced with established and trustworthy methods such as those for WHO standard guidelines (6 months to 2 years to complete).2 Occasionally, during emergency response operations or recovery actions, field teams encounter uncommon, but consequential, situations that have not been anticipated and require new technical guidance documents to be produced within shorter timelines.

The incorporation of a rapid advice guideline development process (approximately 3 months to complete) into the WHO Handbook for Guideline Development -2nd edition2 in 2014 was an important step towards filling this guidance gap in guideline methods. Rapid advice guidelines must be evidence-informed, and follow the same principles and procedures as standard guidelines, must meet similar quality criteria, address disclosure and management of conflicts of interest, and these documents must undergo WHO’s internal approval processes.

Of course, key adaptations to accelerate and abbreviate the production time are necessary, but may introduce a higher risk of bias that must be taken into consideration when deciding to apply this type of development process.2,3 The most important early step after deciding to develop a rapid advice guideline is to carefully define a focused and feasible scope given the context, and prioritize the critical outcomes.  This will help to ensure a high-quality rapid review that directly informs the recommendations and that the guideline can be completed in the proposed timeline. During the unprecedented West Africa Ebola Virus Disease Outbreak in 2014-16, WHO successfully produced two rapid advice guidelines using this process.  In fact, for the rapid advice guideline on personal protective equipment for Ebola care, the development team planned and executed a survey of the values and preferences of frontline health workers, which proved essential for decision-making in the face of scarce evidence and a broad list of critical outcomes.3

The West Africa Ebola Virus Disease Outbreak in 2014-16 also highlighted that WHO must have the capacity and tools to develop emergency guidelines in even shorter timelines (less than 4 weeks) using explicit, transparent, and credible processes. Building heavily on the lessons learned in Ebola and other recent public health emergency responses to infectious disease outbreaks, we developed structured and tailored tools to support guideline production that apply to all types of public health emergencies. This new type of WHO guideline was labeled Health Emergency Interim Guidelines (HEIGs). The standards for quality and trustworthiness that apply to all WHO guidelines also apply to HEIGs, although it is recognized that they may be difficult to operationalize. Transparency and explicit decision-making are key to enable end-users to make judgments about the quality and applicability of the HEIG recommendations to their local context. Our tools for developing HEIGs are simple, flexible, and provide simultaneous guidance on methods, processes, and reporting requirements. With extremely short timelines, efficiency is paramount and almost all text produced during the development process is focused on and will reach the end-user.

The first version of HEIGs tools was initially designed to assist with the Zika virus (ZIKV) outbreak in early 2016. The guidelines produced during the Zika response demonstrated how to pragmatically apply a streamlined and iterative process to address the challenges of developing emergency guidance.  A number of HEIGs produced during the Zika outbreak started with an expert opinion-based guideline produced within a few weeks, which progressively evolved in subsequent versions, building on the work previously accomplished. For example, one technical unit assembled a Guideline Development Group (GDG) and developed an expert opinion-based recommendation via a teleconference and published it within 3 weeks. This unit then refined the original review question and commissioned a systematic review to inform a rapid advice guideline process that was started shortly after the first iteration was published. This subsequent, more robust, rapid advice guideline was published approximately 2 months after the first iteration and within 3 months of the declaration of the ZIKV Public Health Emergency of International Concern (PHEIC).

In addition to the problems imposed by condensed timelines, other contextual issues pertaining to the emergency settings and usually absent from standard guideline development scenarios may affect the quality and trustworthiness of rapid advice guidelines and HEIGs alike. Populations affected by public health emergencies often require technical guidance to be developed in an environment of uncertainty, with scarce structured scientific evidence at a time when WHO is most pressed for resources with multiple competing priorities.  These factors are in addition to the urgent need for guidance, which calls for using abbreviated and accelerated methods. This scenario and these requirements do not align well with the typical steps taken to ensure the quality and trustworthiness of any type of guideline.  In addition, the evidence base may be large for peace-time applications (particularly for chronic diseases) but there may be no specific evidence for emergency situations. Similarly, the paucity of structured scientific data, especially early after the crisis event, hinders evidence identification and assessment, forcing guideline developers to rely on indirect scientific data (e.g., data from similar conditions), experiential epidemic information from early responders, and mechanistic and pathophysiologic reasoning to develop an initial set of recommendations.

This scenario is common when emerging diseases are the focus of a public health emergency or when it is reasonable to assume that conditions present during the crisis are effect-modifiers for an intervention and fundamentally change the balance between benefits and harms of its application in the emergency context.  Furthermore, many conflict zones and regions affected by protracted emergencies have fragile, weak, or absent health systems with important implications for guideline development, adaptation, and most importantly, implementation. National authorities may be overwhelmed by the high technical and coordination demands, and the dynamic political and social contexts caused or aggravated by the public health emergency.  New evidence may emerge through the crisis and needs in the operational field may well change.  All these conditions lead to the high likelihood of a short shelf-life for the guideline and the need to anticipate early and frequent reviews with appropriate updating of the recommendations, highlighting the importance of correctly labeling many of these information products as ‘interim.’

Until more robust development methods and procedures are available for public health emergency guidelines, it is important to adhere to guiding principles, have a clear development pathway, and use pragmatic tools for producing guidelines in the extremely challenging context of public health emergencies.  WHO has developed a HEIG toolkit for WHO staff and continues to evaluate and improve its guidelines and processes  in order to meet the needs of the United Nations Member States. These tools will be publically available in early 2018.

Dr. Mauricio Ferri is a Brazilian Critical Care physician and Health Services Researcher working as a consultant for the World Health Organization (WHO) Guidelines Review Committee (GRC) Secretariat to develop emergency guidelines production processes, methods, and tools. Dr. Ferri has previously worked as a physician for the WHO Ebola Clinical Management Team in Sierra Leone during the 2014-15 West Africa Ebola Outbreak supporting the production of local clinical guidelines. Dr. Ferri received his Critical Care training at Sunnybrook Hospital – University of Toronto, Canada, and his MSc in Health Services Research from University of Calgary, Canada.

Dr. Susan Norris has extensive experience with systematic reviews and guideline development related to clinical medicine and public health. She is Secretary of the World Health Organization (WHO) Guidelines Review Committee for the past 5 years, where she is responsible for quality assurance of all proposals and final guidelines produced by WHO globally, training in guideline development for WHO staff, and for quality improvement of WHO guidelines. She wrote the second edition of the WHO handbook for guideline development (2014) and has led numerous initiatives within WHO to improve guideline quality, including the development of guidance on how to develop evidence-informed, rapid advice guidelines in the context of a public health emergency or humanitarian crisis.  Dr. Norris received her MD and MSc in Experimental Surgery from the University of Alberta, Canada, and MPH from the University of Washington, Seattle, WA, USA. She practiced primary care medicine for 10 years, and was involved in the development of evidence-based care processes at the health care system and practice levels. She has also worked at the US Centers for Disease Control and Prevention (CDC), where she led a systematic review team which supported public health guidelines related to diabetes. Dr. Norris is an Associate Professor in the Departments of Family Medicine at Oregon Health and Science University, in Portland, Oregon, USA, where she has supported numerous governmental and physician specialty organizations in developing guidelines. Her interests in public health guideline methods include conflict of interest, rapid advice guidelines, and guideline development for humanitarian crises.