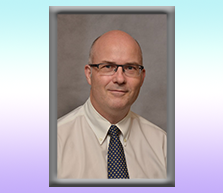 By Philipp Dahm, MD, MHSc
On behalf of the U.S. GRADE Network

It is hard to believe the early beginnings of the GRADE Work Group lie over 15 years ago, when a small group of clinicians and methodologists got together for an exploratory meeting alongside the Cochrane Colloquium in Rome in 2000 to lay the seed for what was to become the GRADE Working Group.[1] Their shared motivation was to develop a common, sensible, and transparent approach to grading the quality of evidence and strength of recommendations. While some of the defining concepts were identified very early on, the specific details of the emerging GRADE framework later emerged, based on a systematic appraisal of existing approaches, methodological research, and active engagement of the broader health science community.[2, 3] One defining aspect of its historical development has been its open group structure without an underlying formal organization with leadership titles, bylaws, and membership fees. Nevertheless, the GRADE Working Group has been able to offer at least biannual meetings at varying international locations, which have received generous support by various academic institutions, non-profit organizations, and public agencies such as the Agency for Healthcare Research and Quality (AHRQ) and the National Institute of Health Toxicology Program, which have invested in its further development. This path has been tremendously successful with currently over 100 organizations worldwide having adopted the GRADE approach. All along it has maintained its open framework allowing all interested individuals to become members (it currently includes over 500 members from more than 40 countries) and join the discussion. Today it remains an organization very much alive and active, pursuing numerous independent lines of methodological research, knowledge translation, and dissemination efforts.

From its beginnings, GRADE has been recommendation-centric, focusing on how evidence should be translated into patient, provider, and health policy decision-making and ultimately into clinical action. Therefore, in the context of clinical decision-making and guideline development, the quality of evidence is defined as the “extent to which we have confidence that an estimate of effect is adequate to support a given recommendation.”[4] Another defining characteristic of GRADE has been its focus on outcomes that are directly patient-important, rather than surrogate measures that are only indirectly related to the issues patients cares about. GRADE encourages guideline developers to give the choice of outcomes that should drive clinical decision-making explicit consideration up front, and rate them on a scale of 1 to 9 as either critical for decision making (7-9), important (4-6), or not important (1-3):

Rating the importance of outcomes should be performed in the specific context of the clinical question to be addressed, and builds on existing research of patient-important outcomes, such as related work by the COMET initiative. The systematically appraised evidence of up to seven outcomes rated as either critical or important are then summarized in a structured evidence profile for consideration by the guideline panelists.

Philipp Dahm is Professor of Urology at the University of Minnesota and Director of Research and Education for Surgical Services at the Minneapolis Veterans Administration Health Care System. He serves as Coordinating Editor for Cochrane Urology for the international Cochrane Collaboration, is a longstanding member of the GRADE Working Group and a founding member of the US GRADE Network. His efforts are focused on disseminating the principles of evidence-based clinical practice through education, research and knowledge translation. He has previously served on the American Urological Association (AUA) Practice Guideline Committee and provides methodological support for guideline developing organizations such as the Eastern Association for the Surgery of Trauma (EAST) and the American Society of Hematology (ASH). Dr. Dahm is also a Steering Group Member of the IDEAL Collaboration that strives to improve the evidentiary standards for surgical research.