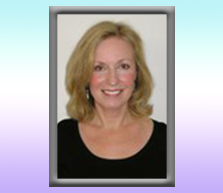 When the Institute of Medicine (IOM) published its 2011 report, “Clinical Practice Guidelines We Can Trust,”1 the North American guideline community – especially guideline developers in the U.S. – found itself facing an enormous task:  raise the quality and transparency of clinical practice guideline (CPG) development.  The report1 stated that, in order for a guideline to be “trustworthy,” it should,

At this same time, 100 guideline developers, users and other stakeholders from North America met at the 2010 Guidelines International Network (G-I-N) Conference in Chicago to explore the possibility of developing a regional G-I-N community to address issues impacting the North American guideline community. These included (a) heterogeneous guideline processes with minimal regional or national oversight; (b) guideline development by diverse professional medical societies, groups, and organizations; (c) region-specific guideline development standards (such as the IOM standards) that have broad implications for guideline processes and publication; (d) common concerns about funding and support, and (e) a regional desire to communicate and share best practices.3

The G-I-N Board agreed in October, 2010 to pilot test regional chapters. A preliminary Steering Group was formed with North American and G-I-N representatives, resulting in Terms of Reference that led to a more permanent Steering Group in April 2011. Interest in G-I-N/North America was reaffirmed in May 2011 when the community was officially launched during an invited presentation at the IOM’s workshop on implementing standards for trustworthy clinical practice guidelines. A highly attended monthly webinar series, co-sponsored with Kaiser Permanente, was launched in January 2012, followed by the first E-GAPPS (Evidence-based Guidelines Affecting Policy, Practice, and Stakeholders) conference, sponsored by G-I-N/North America and the New York Academy of Medicine’s (NYAM) Section on Evidence-based Health Care (SEHBC).

In response to the IOM report, the National Guideline Clearinghouse (NGC) – the premier North American website for publication and dissemination of guidelines – began to revise its criteria for inclusion in NGC.2 Importantly, NGC adopted the revised definition of CPGs from the IOM report:  “Clinical practice guidelines are statements that include recommendations intended to optimize patient care that are informed by a systematic review of evidence and an assessment of the benefits and harms of alternative care options.” The proposed requirement of a documented systematic evidence review and benefits/harms assessment in order to be published on the NGC posed a significant hurdle for many guideline development organizations.

The first E-GAPPS Conference in 2012 in New York City drew more than 250 attendees from medical specialty societies, health care organizations, consumer/patient representatives, government entities, public policy representatives and other guideline stakeholders.  With an agenda focused on meeting the IOM standards and NGC criteria, engaging consumers and broader constituencies in guideline development, making guidelines actionable and implementable, and breaking down the barriers to collaboration, a true community was formed with the potential for engagement and collaboration between disparate stakeholders in guideline development.

While the first E-GAPPS conference in 2012 was largely focused on the IOM standards1 and how to improve guidelines to meet these new criteria, the field of guideline development and evidence-based medicine has evolved, as evidenced by the second conference’s focus on matters such as increasing stakeholder – especially consumer – involvement in guidelines, breaking down barriers to collaboration across guideline development organizations, guideline adaptation and implementation.

A major theme of the 2015 conference was that of stakeholder (patient and consumer) engagement. Thanks to generous funding from conference sponsors, 20 consumers interested in evidence-based medicine were able to attend and participate in E-GAPPS II. Some served as moderators of panel discussions, and all contributed to the important conversation on what they bring to guideline panels that would otherwise be missing – the voice of those at the receiving end of health care. Many guideline developers went home with a new appreciation of the value these consumers can offer, especially ensuring that guidelines focus on clinical questions of interest to consumers and patients, as well as patient-centered health outcomes.

What’s more, the mutual skepticism that has previously kept medical specialty societies from including health care organizations and consumer representatives in guideline development, peer review and implementation is dissipating as real people meet face-to-face to break down long-held misconceptions and perceived obstacles, and engage in discussions about how best to work together to improve health care. One example of this is a new G-I-N/North America workgroup, comprised of representatives from multiple stakeholder groups that will be developing a position statement recommending a set of standards for multistakeholder guideline collaboration.

The shift from meeting the IOM standards to issues of active multistakeholder engagement in guideline development and implementation is a testimony to how far we’ve come as a regional community.  As the G-I-N/North America Steering Group continues to reflect on the two E-GAPPS conferences, the advancement of the discipline, and what topics will be important in the future, they are already at work planning for E-GAPPS III in 2017. The G-I-N/North America webinar series continues in 2015, with topics focused on advancing the agenda and discussions from the E-GAPPS II Conference.  A G-I-N/North America interest group on LinkedIn is also in place to facilitate discussion among all stakeholders in the North American guideline community.

While we’ve come a long way, there’s much more to do.  Please join us in moving this important work forward.

The E-GAPPS II Conference recordings are now available at http://www.nyam.org/events/2015/evidence-based-guidelines-conference.html. There is a one-time registration necessary to view the conference recordings, but there is no charge and it is only for purposes of tracking for the grant reconciliation reports.