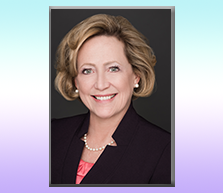 We are only a few weeks into the new year and Washington is already on a high simmer as to what the future of the Affordable Care Act (ACA) will be.  While “repeal and replace” were the watchwords of many electoral campaigns, and more than 60 bills were passed over the last eight years to repeal the Act, replacing it is another story. Whatever one thinks about the Act and the impact it has already had on healthcare in this country,1,2 it is clear that its policies, rules and regulations are deeply entangled in all aspects of healthcare policy at this point. Repealing some aspects (e.g. the individual mandate), while keeping others (e.g. a ban on excluding pre-existing conditions) is not as easy as some might think.

Meanwhile, healthcare systems across the world are moving full steam ahead to deliver better value, improve quality and patient safety, and engage patients and communities. While this transformation will certainly be affected by whatever changes are made to the ACA, the move to value, the need for evidence to support quality improvement efforts, and the focus on population health and outcomes will continue.

What did the ACA do for evidence?

The ACA impact on evidence actually began before the ACA. In fact, the ACA was preceded by a $1.1 billion investment in comparative effectiveness research (CER) from the 2009 American Recovery and Reinvestment Act (ARRA).3 This significant infusion of funds supported not only important new CER studies, it also invested in significant efforts to create a new information infrastructure for CER that capitalizes on the expansion of electronic health records.4 This investment clearly had an impact on the volume of CER conducted in this country, and therefore the volume of evidence being produced. In a recent commentary, Rich concluded that

“before November 2006, a PubMed search yielded only 200 clinical studies published in English featuring the phrase ‘comparative effectiveness’ compared to over 4,200 in the 10 years since.” 5

Several aspects of the ACA have been instrumental in expanding and accelerating our ability to generate and use evidence to improve health care. Specifically, the ACA created new structures for the development and use of evidence, drove an expanded commitment to experimentation and scale in Medicare and Medicaid, and laid a foundation for bipartisan solutions to the persistent challenges of physician payment.

I’ll start with the new structures. The ACA built on the ARRA expansion of CER by establishing the Patient Centered Outcomes Research (PCOR) Trust Fund, which was supported using a new tax on health plans, and creating the private, non-governmental organization, the Patient Centered Outcomes Research Institute (PCORI), an independent, nonprofit and non-governmental entity charged with supporting CER studies, as well as studies to improve CER methods. To date PCORI has funded nearly $2 billion in various activities that support its five stated priorities, and implemented policies to encourage faster and more transparent dissemination of evidence to the public. In addition, the very establishment of PCORI significantly accelerated an existing, although somewhat nascent, focus on real patient engagement in research – from agenda setting to execution.

Yet, as in all highly visible endeavors in Washington, its efforts have received their share of criticism. For example, the Center for American Progress has in two reports called for PCORI to spend a greater share of its funds on clinical comparative effectiveness and less on information infrastructure, education, and dissemination.6 Because PCORI and its funding mechanism are part of the ACA, it is now at serious risk of being eliminated as part of the larger repeal effort. The elimination of the PCOR Trust Fund would have far-reaching consequences for evidence, as over $100 million is transferred annually from the Fund to the Agency for Healthcare Research and Quality (AHRQ). This too-long embattled agency has suffered budget cuts and threats of elimination in recent years and the PCOR funds make up a full quarter of their budget. Such a loss would be a very significant blow to the Agency’s ability to support not only research, but the creation of evidence reports and other tools which undergird our evidence ecosystem.7

Another highly visible and controversial component of the ACA is the Center for Medicare and Medicaid Innovation (CMMI), which was established to support the development and testing of innovative health care payment and service delivery models. To date, they have set up models that feature incentives added to traditional fee-for-service payments, bundled or episode-based payments, and population-based payments including Accountable Care Organizations models as well as Accountable Health Communities. Each of these new models has an accompanying evaluation to establish the evidence of its impact – both intended and unintended.8 To date, little of the findings are available in peer review journals. The administration has often chosen to release its data and evaluation results in press releases and website reports, raising questions among some about the integrity of the results.9,10

A less visible aspect of the ACA’s impact on evidence is the breadth and depth of policies and initiatives it spurred to accelerate the open health data movement. These efforts will have an impact on evidence generation now and in the future. AcademyHealth has been a very active part of this data ecosystem through the EDM Forum,11 the Community Health Peer Learning Program,12 and the Health Datapalooza.13

A final aspect of the interplay of the ACA and evidence to watch in this new era in Washington is the future role of the U.S. Preventive Services Task Force (USPSTF). Established in 1984, the Task Force has long been a highly valued and respected source for recommendations on preventive services based on a rigorous evidence process. The ACA catapulted the quiet Task Force into the limelight when the law linked receiving an A or B level recommendation for strength of evidence to a mandate that the preventive service assessed receive first dollar coverage by all health plans. This change has been uncomfortable for many in the scientific community, however it is only reasonable to expect that when the evidence assessment is directly linked to a universal payment decision, a much more transparent process is needed.14

ConclusionThe ACA spurred significant investments in health services research and evidence, many of which are at risk should the ACA be fully repealed. At the same time, the development and implementation of these various structures and policies both created and supported changes in the way we approach and conduct research. The patient communities engaged and empowered through the ACA’s focus on patient centeredness aren’t likely to fade away with changes to the law. The vast amounts of data released and generated in pursuit of these programs are still valuable fuel for the research engine, while at the same time the lessons of working with and combining new data sources have tested and improved our research methods for the future. And, perhaps most importantly, the experience of these new programs, pilots and innovations are a rich trove for future study, just as the implementation or de-implementation will require new evidence to inform difficult decisions.

Dr. Simpson is the President and Chief Executive Officer of AcademyHealth. A nationally recognized health policy researcher and pediatrician, she is a passionate advocate for the translation of research into policy and practice. Her research focused on improving the performance of the health care system and included studies of the quality and safety of care, health and health care disparities and the health policy and system response to childhood obesity. Dr. Simpson has published over 80 articles and commentaries in peer reviewed journals.

Before joining AcademyHealth, Dr. Simpson was Director of the Child Policy Research Center at Cincinnati Children’s Hospital Medical Center and professor of pediatrics in the Department of Pediatrics, University of Cincinnati. She served as the Deputy Director of the Agency for Healthcare Research and Quality from 1996 to 2002. Dr. Simpson serves on the Robert Wood Johnson Clinical Scholars Program and Health Policy Scholars Program National Advisory Councils, and the Editorial boards for the Journal of Comparative Effectiveness Research and Frontiers in Public Health Systems and Services Research. In October 2013, Dr. Simpson was elected to the Institute of Medicine.

Dr. Simpson earned her undergraduate and medical degrees at Trinity College (Dublin, Ireland), a master’s in public health at the University of Hawaii, and completed a post-doctoral fellowship in health services research and health policy at the University of California, San Francisco. She was awarded an honorary Doctor of Science degree by the Georgetown University School of Nursing and Health Studies in 2013.

Dr. Simpson’s areas of expertise include translating research into policy; quality and safety of health care; health and health care disparities; childhood obesity; and child health services.
Back to top